While most consequences of the pandemic – and indeed of Brexit – were predictable, the one that has taken everyone by surprise is the Great Resignation.

The huge wave of people quitting their supposedly secure jobs in the last couple of months has had academics and commentators rushing into print with their hastily concocted set of reasons why. Plus a few of the usual I-told-you-so’s.

What seems to have happened is that tens of thousands of people, who had given little warning that they were deeply bored or unhappy with their work, at least according to their bosses, suddenly decided it was time for a move.  All at the same time – the end of lockdown.

One more explanation for the current record number of job vacancies in the UK, in addition to the departed truck drivers and fruit pickers.

The shockwaves are still spreading across all sectors of business although, unsurprisingly perhaps, few employers have had the courage to share in public the reasons their resigners gave as they waved Goodbye.

So, how can we cut through all the waffle to get to the core of the issue? What I say will inevitably upset a percentage of my readers, but I have been around long enough to ask them to kindly take their place at the back of the queue.

Why? The core issue here is that we British are not very good at leadership skills – by which I mean what are commonly known as ‘soft skills’ but which are more accurately described as ‘people skills’.

Yes, yes, we all know we are world-class when it come to technology, engineering, design, myriad fields of science and medicine, and of course rock music, but the sad fact is that far too many of our highly praised companies have failed to realise the potential that was within their grasp and, critically, the potential within the people they employ. And that, I am persuaded, is a failure of leadership, or perhaps more accurately, of leadership development.

We select our leaders poorly and we fail to teach them how to lead.

When we look at the Great Resignation, one has to wonder how many of those many thousands of resigners jumped ship because they were bored, and/or because they felt undervalued.

As they spent those months working from home, shorn of all the office camaraderie and the lunchtime buzz, it dawned on them that their work was uninspiring, had little real meaning, little or no recognition or job satisfaction, that their line manager showed no interest in their progression, that they were learning next to nothing. They were a commodity – disposable human resources.

And whose fault is that, I ask? Can we, in all honesty, blame them?

Incidentally, we are not talking here about those whose departure was motivated purely by the prospect of earning more money. But, I would propose, they were in the minority. And, if that was their ‘higher purpose’, their employer was probably  better off without them.

The pandemic simply brought to a head a leadership crisis that was going to arrive any way, sooner or later.

3 people skills that every leader should master

Every business is a people business.

Every enterprise depends to a large extent for its success upon its people’s level of commitment.

So tell me, why do we still hear so many managers telling their staff that “Nobody is indispensable round here”? How does that kind of remark – threat – go down? I will tell you how.

It’s not funny. It makes people feel insignificant, that they are of little value, not trusted or respected, insecure. And the ripples of fear spread throughout the rest of the team in the room.

At that point, the manager has failed the key test of good leadership.  People don’t work because they are afraid they will lose their job, do they?

Turn the lights off as you leave, please.

To those who are still with me, lend me your ears.

Over the years, I have been asked to take on a number of leadership roles. Business start-ups, company rescue operations, the community sector, charities, business school programmes.

At no point in my career was I offered any leadership training. Not one of those organisations had a formal leadership development programme. Plenty of training but nothing on leadership. Staggering but true.

“Why did you choose me?” I would ask. “Because you’re a good front man”, came the answer. Does this ring a bell?

Small wonder that I stumbled along; the organisations I ‘led’ did reasonably well but when I look back … it makes me shiver to think how much I literally had to learn on the job and how many colleagues had to suffer my errors.

Like so many others, I gradually evolved my own leadership style and, perhaps more importantly, my own leadership philosophy. It heads up my website. I am not looking for a round of applause, but it works for me:

Trust. Leadership is fundamentally a matter of relationships. When we attempt to measure the strength of relationships, in every part of our life, the most reliable metric we use is Trust.

Its power stems from the fact that Trust has to be earned. None of us has an automatic right to others’ respect, loyalty or trust. Higher rank bestows authority, but no more than that. Earning someone’s trust demands a high degree of self-awareness and, I would submit, Authenticity.

The team need to feel they know their leader. Some would argue that revealing too much of oneself to subordinates diminishes the leader’s authority, but I would argue the opposite. Teams that can talk openly and frankly to the leader, in the presence of the leader, are the stronger for it. Because they have established an unwritten bond of Trust.

Finally, Trust plays an important part in leader selection. Here I offer one golden rule that is often overlooked: Leaders must be trustworthy.

Never, ever promote, or elect, a person you don’t thoroughly trust. It will end in tears.

Passion. “I love my work.” Passion is infectious. Leaders who demonstrate a passion for excellence, for meeting customers’ expectations, are far more likely to succeed. Passion and commitment go hand in hand.

After all, that is how we all behave in our daily lives. It is why we keep going back to a certain store, to a certain artisan, even though they may be a little pricier, because they seem more passionate about what they do and how they do it, about their products, about ensuring our satisfaction.

Passion has many parts to play. Having a passion for our work can also be an effective counterbalance to stress. It helps us cope with pressure. In teams, passion for a shared, inspiring purpose or goal can drive us to support each other through the hard times.

A genuinely passionate leader puts a smile on everyone’s face.

Fun. Recent events have deprived leaders of so many opportunities for their teams to have a little fun. No office parties, no outings, no birthday cakes, or harmless practical jokes in the workplace. They will, of course, return and the sooner the better for me.

But thankfully, fun is not all about occasions or events. It is an attitude of mind. We don’t go to work to have fun, so we’re told. True but the urge to play, to have fun is a core need for us humans. All work and no play …

And there are many ways in which lightening the mood can kickstart a debate that has become bogged down.

By now, we have all, hopefully, agreed that successful teams are built around strong, trusting relationships. The strongest team relationships are notable for many things, but one feature is invariably present – that both parties enjoy each other’s company. In other words, they get the job done and, critically, they enjoy doing it, together. They come away with a smile on their face.

Strong enduring cultures always allow for banter, for the office comedian, for that buzz which tells us so much about the place and its people.

Encourage it and, if it comes naturally, give as good as you get. If repartee is not your style, at least let it be known that light relief is an important part of life; it makes the world go round – in moderation, mind you.

The Great Resignation took us all by surprise because it exposed how much we still have to learn and relearn about leadership; how much lockdown changed everyone’s life, adjusted everyone’s priorities, while we, to our shame, were looking the other way.

Post-Pandemia is very different from pre-Pandemia. Will it turn out to be a brighter landscape?

There is so much talent available out there. Are we what they are looking for? 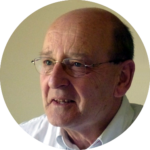 I’ve made the development of inspiring leaders my professional goal.

I’ve been where you are, many times – leading a marketing communications business from almost nothing to 120 staff and national recognition; directing business/community action teams; and chairing many other groups, large and small.  See more

I had to learn the skill of leadership the hard way, “on the job”.  I’ve known things had to change, puzzled over which new direction to take and stumbled towards the future.

Finally I discovered a critical friend, someone with wider experience, who gave me the space to clarify my thinking, untarnished by day-to-day stuff.  He helped me articulate that inspiring vision/purpose/goal – call it what you like – and to identify the future leaders among my colleagues.  Invaluable support.

I’ve observed so many leaders at close quarters, in so many sectors, that I know what works, the signs to look for, and what doesn’t.

Over the years, I’ve worked with clients large and small, from a small Somerset engineering firm, to an ambitious Bristol-based digital marketing consultancy, an inventor, a  to multi-national companies like Honda, WH Smith Travel, Nutricia, Danone and JLT.

I’m one of a small, hand-picked group of Critical Friends accredited by Exeter University’s Centre for Leadership Studies and their Exeter Leadership Partners programme.

Oh yes … I’m also an author, with three successful thrillers to my name.  Readers find them scary but don’t let that worry you.